Through its 3 training and research centers and its many strategic collaborations, and supported by its platforms, our school strives to extend, consolidate and promote a scientific and technical legacy. As a result, it participates fully in the development of research and innovation in our region, at national and international levels. 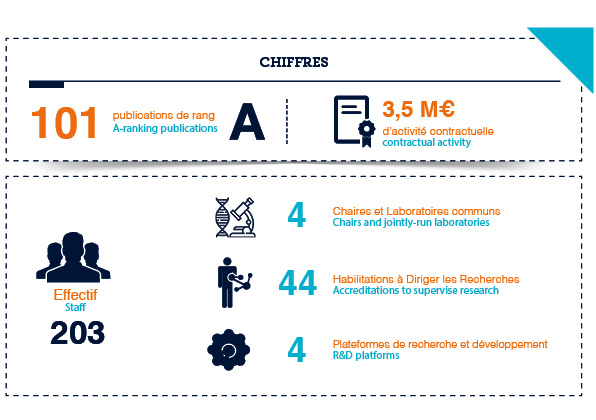 Appointed member of the Scientific Committee of the PASET programme (Partnership for skills in Applied Sciences, Engineering and Technology in Sub-Saharan Africa) by the World Bank

Award on the theme "Engineered phosphates for Energy and Environment" from Thomson Reuters, a team recognized as the world's first in the field of "Phosphate Engineering for Energy and the Environment" before a team from MIT and another from the University of Florida, Gainsville in the USA

Highest distinction of this university awarded to some renowned researchers in their field of expertise, March 2018

One of the 18 talents rewarded for their creativity and their contribution to solving an ecological, social or economic problem. At the Palais d'Iéna, on Monday, October 8, he was honoured for the many works carried out with his research team at the Centre Rapsodee UMR CNRS 5302. This work focuses on waste recovery in the "Science & Technology" theme.

This distinction is shared with Pierre Comon, CNRS Research Director, GIPSA-LAB of Grenoble.

This program, launched by the President of the Republic, Emmanuel Macron, welcomed Marion Carrier, an international researcher, to the RAPSODEE Centre to develop her research project entitled PYROKINE. The objective of the latter is to promote the thermal recovery of highly contaminated solid organic waste. The 3-year project will adopt an integrated and multidisciplinary approach to model the kinetics of the biomass pyrolysis process, particularly at the molecular and particle scales, and thus facilitate its optimization at the reactor scale and commercial development. 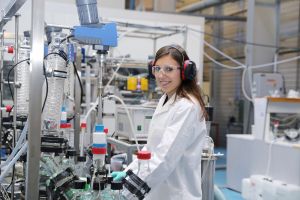 IMT Mines Albi, a school connecting humanity and science for a sustainable and agile society

IMT Mines Albi, a school connecting humanity and science for a sustainable and agile society, by jfages